TM5 held its 2022 Annual Meeting in Brussels, Belgium from October 24-26, 2022 to review the progress of ongoing cooperative projects, discuss proposed projects and discuss issues of common interest between the Partners, including a full day user session.  The World Intellectual Property Organization (WIPO) was present at the meeting as an observer.

During the Annual Meeting, the Partners adopted a Joint Vision Statement building on the achievements of the collaboration at its 10-year celebration, setting out a reaffirmed and stronger mandate for the years to come, and welcomed the publication of the “10 Years TM5 Anniversary Booklet”. The Partners also adopted the “TM5 Operational Guide” to improve and optimize future cooperation. Sixteen ongoing projects were discussed and one new project was adopted relating to the temporary exchange of staff. Two projects entered into accomplished (monitoring) status: Risk Management and Priority Rights.

On 26 October the TM5 offices welcomed in person representatives of some EU user associations (AIM, ANIPA, APRAM, BMM, BusinessEurope, CITMA, ECTA, FICPI, GRUR, and MARQUES), Japanese user associations (the Japan Intellectual Property Association (JIPA) and the Japan Trademark Association (JTA)), and users from INTA. They also welcomed 57 American, Japanese, Korean and Chinese users online thanks to the hybrid format of the event. The user session was opened by Kerstin Jorna, Director-General of the EU Directorate-General Internal Market, Industry, Entrepreneurship and SMEs. The users were informed of the recent developments in the TM5 offices and the highlights of the Annual Meeting. The session also provided an opportunity to discuss the challenges of new technologies, hybrid work, bad faith, users’ experience with TMview, the classification of virtual goods and NFTs.

The Partners agreed that KIPO would serve as 2023 Secretariat and Host of TM5. KIPO has been serving as of the conclusion of the Annual Meeting, and will remain in this role until the end of the 2023 Annual Meeting. 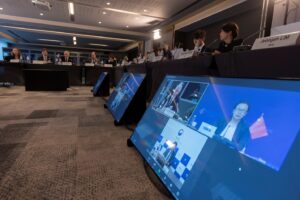 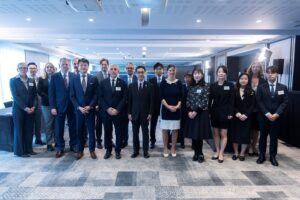